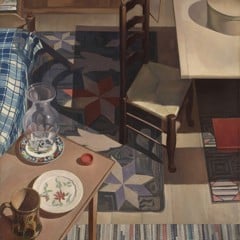 On A Connecticut Theme #2 (Bucolic Landscape #2) by Charles Sheeler The Stove by Charles Sheeler 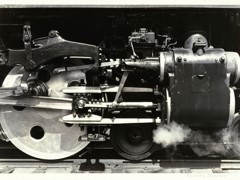 Charles Sheeler (Died: May 7, 1965) was an American painter and commercial photographer. He is recognized as one of the founders of American modernism, developing a style of painting known as Precisionism and becoming one of the master photographers of the 20th century.

“Photography is nature seen from the eyes outward, painting from the eyes inward. Photography records inalterably the single image, while painting records a plurality of images willfully directed by the artist.”

“My interest in photography, paralleling that in painting, has been based on admiration for its possibility of accounting for the visual world with an exactitude not equaled by any other medium. The difference in the manner of arrival at their destination—the painting being a result of composite image and the photograph being a result of a single image—prevents these media from being competitive.”

Show All Result for ""